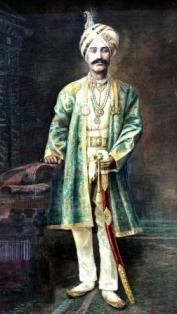 On the First Floor, one can find the display of ancient and medieval coins, Pahari Paintings, Epigraphic records and objects related to cultural anthropology. The art of miniature painting is one of the finest gifts of Himalayan states to the art world. The Paintings of different Pahari School such as Basholi, Chamba, Guler and Kangra etc. are on display. These miniature paintings could be distinguished from Mughal in their simplicity and freshness and from Rajasthan miniature in their lyrical quality.

These schools were flourished in the Hill states of western Himalayas during the 17th to 19th century A.D. The Basholi painting shows unusual brilliance of colour and animated expression. Spacious composition, rhythm and brilliance colour harmonies entitle them to a very high place among the pahari paintings. In Guler paintings draftsman ship is more linear and naturalistic. The female figures are slim and tall with long slender neck and small well-formed face. The treatment of trees and landscapes are naturalistic.

The beauty of Kangra painting lies mainly in its rhythmic lines their tones are subdued and lines are exquisitely fine and melodious, especially in the flaming beauty of the female figures illustrating the delicate graces of Indian womanhood. The themes of these paintings are mostly related to the Epics, Puranas, Gita-Govinda, Bihari satsai, Baramasa and poetry. The Paintings of Usha-Anirudha, Rukmini-Mangal, Sudama Charit, Hamir-Hatha series are of the greater interest.

These inscriptions are inscribed in Sharda and Takri scripts. In addition to these manuscripts some important Takri and Persian paper documents from the archives of Chamba rulers are also on display, which throw considerable light on the relation between Raja of Chamba and their suzerain the Mughals and the Durranis. The ancient weapons also share the part of exhibits in the gallery. One can view some ornaments and dresses of tribes of Chamba in the wall showcases. 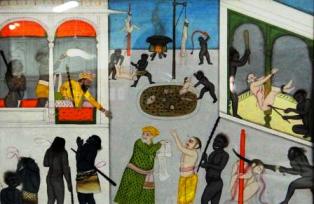 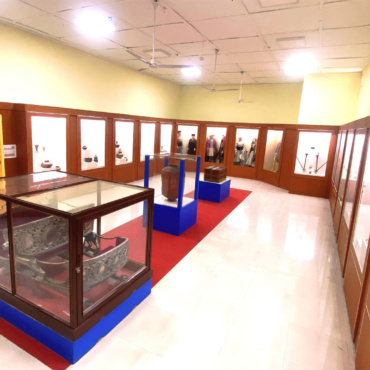 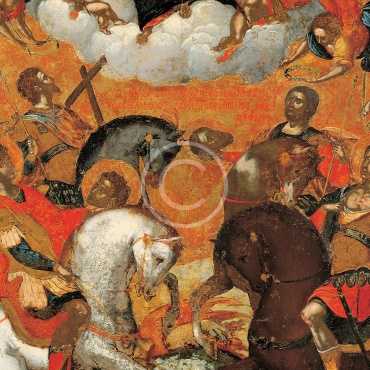 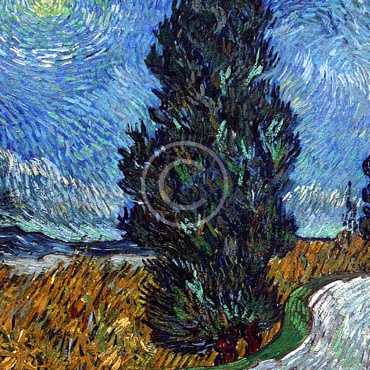